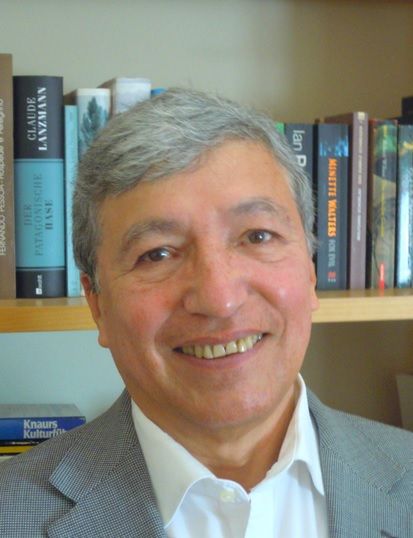 Edgar Galindo (Edgar Aníbal Galindo Cota) is Professor for Psychology at the Louis National University (Poland), as well as  researcher at the Comprehensive Health Research Center (CHRC), University of Evora. He is member of the Portuguese Psychological Association and of the American Psychological Association.
He has studied Psychology and Social Sciences in Mexico, Poland and Germany, with Ph.D. at the Freie Universität Berlin (1986). He has been Professor for Psychology at the National Autonomous University of Mexico (1973-1992), invited Professor at the Wilhelm Wundt International Chair at the University of Leipzig (1988-1989), Professor at the University Lusofona in Lisbon (2002-2008), Associated Professor and Director of the Department of Psychology at the University of Evora (Portugal) (2012-2018) and a member of the Diplomatic Corps (1990-2002 and 2008-2012). Since 1975, his main topic of research and concern has been the assessment and education of children at risk (i.e., children with problems of intellectual and/or physical discapacity, blindness and/or psychosocial handicaps) and applied psychology in stress management. He is author (or editor) of 20 books, 30 papers and 28 book chapters.  His latest research is devoted to school achievement and failure and to heath psychology. Between 2013 and 2018, he published several works on the application of psychology to assess and teach children with school failure problems, especially a handbook for teachers (Galindo, 2015) and an E-book on school achievement and failure with support of the journal Frontiers in Psychology (Galindo, Candeias, Pires, Carbonero, 2018), containing his most recent research papers in the field. On the other hand, in 2017, he published a book on Applied Psychology in International Relations (Barcelona: UOC).